Motorcycle Accidents Are No Joke

Motorcycle Accidents Are No Joke

Florida is a fantastic state to ride a motorcycle in. There are hundreds of routes across the state that can give riders a glimpse of everything this place has to offer, including coastal cruises and otherwise unreachable pockets in the heart of Florida. Riding a motorcycle is an enjoyable way to traverse the open road and create experiences unlike any other. Unfortunately, finding joy on the road in this manner isn’t without risks.

According to the National Highway Traffic Safety Administration (NHTSA), of the roughly 10,000 motorcycle accidents reported per year in the state of Florida, over 8,000 of them include injuries ranging from mild to severe.

In 2016, the most recent year with complete data to look at, there were 600 motorcycle deaths in Florida alone. Of those, 191 were single-vehicle crashes, meaning that 409 of them involved another vehicle besides the motorcycle.

When just looking at the statistics, it’s easy to see just how troublesome motorcycle accidents really are. But if you’re a rider who was involved in a serious crash caused by another vehicle, the situation is much more than troublesome — it can be life altering. And you may have the ability to file a claim in order to receive compensation for your injuries.

In 2000, Florida reinstated a helmet policy when it comes to motorcycles, only requiring underage riders — those under 21 — to wear helmets. Strangely, since the reinstatement of this law, our state has seen an increase in the number of underage riders involved in accidents not wearing helmets.

No matter your age, it’s highly recommended you wear a helmet when you ride a motorcycle, as one study done by the NHTSA shows it can lower your chance of death by 37%. But helmet or not, if you’re in a crash caused by another vehicle, the law is still on your side. That’s because in Florida, it doesn’t matter if the victim in a crash wears a helmet or not. The person who is responsible for causing the accident through their negligence can be held responsible for paying the victim for their damages.

While motorcyclists often have an unimpeded view of the road around them because their vehicle doesn’t create many blind spots, most cars, trucks, and other vehicles aren’t afforded the same luxury. They suffer many blind spots while inside their vehicle, and car drivers also tend to suffer from something called inattentional blindness.

This is the phenomenon that stems from car drivers not seeing motorcycles on the road as readily as they do other cars simply because they’re not looking out for motorcycles as much as they’re looking out for cars. There’s a reason they tell you to “ride as though you’re invisible” when you first learn to ride a motorcycle. So thanks in part to this phenomenon, one of the most common causes of motorcycle accidents is when drivers merge from their own lane of travel and strike an unseen motorcycle.

Another very common cause of motorcycle accidents is when cars disobey right-of-way laws. More fatal motorcycle accidents occur because of head-on collisions than any other way, which can include a crash on a two-way road or in a situation where one vehicle turns in front of the other without having the right of way. Vehicles disobeying the rules of the road are the most common cause of motorcycle accidents, but this doesn’t mean the car driver’s actions are excusable in any way. Motorcycles have just as much right to be on the road as cars do, which means they have just as much right to be protected.

According to research conducted by the NHTSA, most fatal or incapacitating motorcycle accident injuries are sustained when the point of impact is the front of the motorcycle. These types of impacts can result in:

Seek Legal Help for Your Injuries

You often hear of the dangers of riding a motorcycle on public roads, but that doesn’t mean motorcyclists have any less right to seek compensation when an accident does happen.  It’s up to everyone on the road to practice safe driving, motorcycles and cars included. So if you’ve suffered a serious injury while riding your motorcycle due to the negligence of another driver, you have a right to pursue the compensation you may be entitled to receive from them. The Whisler Law Firm offers free, no obligation consultations, so give us a call at 833-529-5677, or contact us here and tell us about your accident. 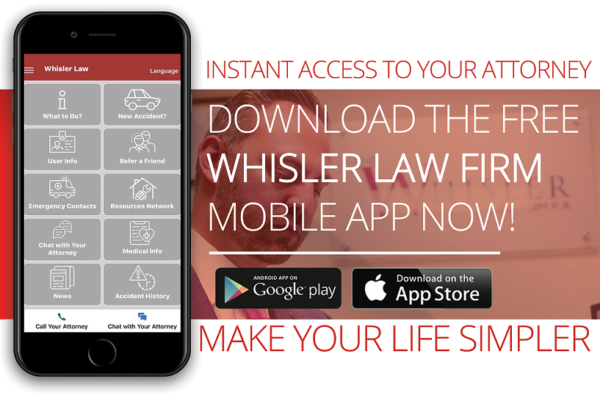