When a Car Accident Results in a Traumatic Brain Injury

When a Car Accident Results in a Traumatic Brain Injury

A traumatic brain injury (TBI) is sudden damage to the brain often caused by a blow or jolt to the head. Knowing this definition, it probably comes as no surprise that TBIs and car accidents cross paths often. According to the Center for Disease Control, 30% of all injury related deaths are contributed to TBIs, and of those, more than 14% are the direct result of automobile accidents.

Car crashes are one of the leading causes of TBIs in the United States, but it’s the nature of the resulting injury that makes these legal cases a class of their own. If you or a loved one has suffered a traumatic brain injury during a car accident caused by another party, it’s important to know how to proceed. 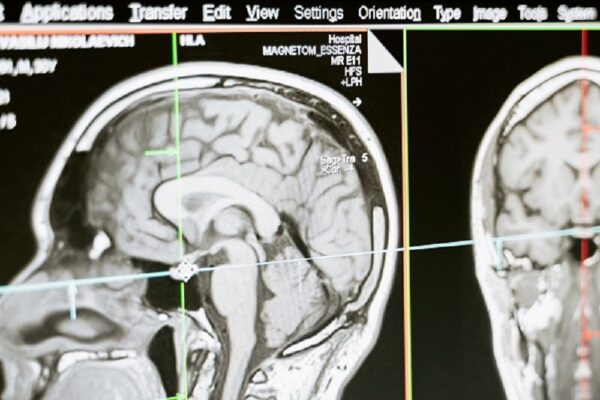 Why Traumatic Brain Injuries are Different

When an auto accident occurs, the resulting injuries are often immediately evident. You might experience cuts, bruises, or breaks during the crash that need to be treated right away. In some cases, the lasting effects of these injuries may not reveal themselves until later, but more often than not, many injuries can be identified and treated by a doctor as needed.

But a TBI can be especially dangerous because sometimes symptoms present on a delayed timeline and with delayed severity.  During a car accident, it’s common for those involved to be jerked and jolted around inside their car. It may not even take extremely high impact or speed to result in some type of brain injury. An impact can cause the brain’s soft tissue to collide with the hard interior of the skull, potentially damaging various lobes of the brain. Because of the nature of the way the human brain is constructed and works with the body, the person who suffered the injury could initially appear to be fine. But this may not be the case.

The initial impact of the brain on the skull is classified as the primary injury, or the cause of the injury. But the secondary injury, or the resulting effects of that primary injury, could cause things to become much more critical. If the brain undergoes this delayed trauma, swelling and pushing against the interior of the skull could reduce the flow of blood to the brain. Without proper blood flow, the brain can’t function as it needs to. And if the brain can’t function, much of the rest of the body can’t either.

TBI cases are different than other personal injury cases because of their nature of severity. That’s why there are so many nuances, details, and classifications when it comes to diagnosing them and building a case for court. But proper care starts with you.

What You Should Look For

If you or a loved one has been in a car accident and is experiencing any of these symptoms, it’s imperative to seek out medical attention.

What Your Doctors Look For

When a doctor evaluates you for a brain injury, they most commonly use something called the Glasgow Coma Scale (GCS). It’s a scale that ranges from 3 to 15 points and helps them determine whether a TBI is mild, moderate, or severe. They assign their scores based on three essential aspects:

The doctor will determine how severe the patient’s TBI is based on how they do with each of the three tests. The scores are classified this way:

Most often, a patient who has a severe TBI will need more extensive treatment, but before it can be prescribed, the doctor needs to diagnose the injury properly.

Because the symptoms of a TBI can have broad variations, doctors must conduct a number of medical tests to properly diagnose their patients. Common tests and technology used in the case of diagnosing TBIs include:

These are sophisticated methods that allow doctors to take images of a patient’s brain in order to help properly diagnose the extent of damage and its lasting effects. They’re complex, time consuming, and costly.

According to the Mayfield Clinic, the ultimate goals of treating a TBI are to resuscitate the patient if necessary, support the patient as needed, minimize secondary injuries, and assist with transition into recovery. If an injury is severe enough, a patient may be placed under round-the-clock care, whether it’s in a hospital or at home. In some cases, rehabilitation can mean years of ongoing treatment such as physical therapy, speech therapy, and psychiatric care.

Taking everything into consideration means that potential damages sustained in a brain injury from a car accident can be extreme. Medical bills can pile up, wages may be lost if the victim’s injury keeps them from working, and pain and suffering damages are nearly immeasurable. These (and more) are all elements that can and should be compensated for if another party has caused your TBI, and they are why the compensation awarded in these cases can often be incredibly high.

But it can’t be done without proper legal representation. In order to prove that a third party caused you or a loved one harm during a car crash, it’s necessary to gather evidence of the damage, medical records, evidence of inability to work, and evidence of pain and suffering. The right attorney can find the experts needed to make your case, and the Whisler Law Firm has the right attorneys for the job. You can learn more about the considerations we take during traumatic brain injury cases here. If you’d like to discuss your traumatic brain injury case with us, call 833-529-5677, or contact us on our website.